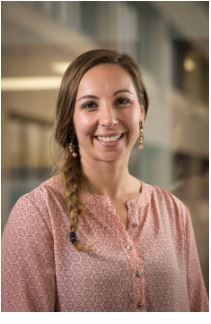 Our Alaskan AHEC leader takes on the National Stage

We are so pleased to announce that Gloria Burnett, Director of the Program AHEC at UAA has been awarded the high honor of being selected as the President Elect of the National AHEC Organization. We know Gloria will represent us well on the national stage.

Taken from the UAA College of Health news website:

Gloria Burnett, director of the Alaska Area Health Education Center (AHEC) program, has been selected as president-elect of the National AHEC Organization (NAO). She will assume the organization’s presidency beginning in 2020. The NAO represents a network of more than 300 AHEC program offices and centers that serve over 85% of counties in the United States. “The NAO relies on the skill and passion of its members to advance our work of developing a quality healthcare workforce for underserved and diverse populations,” said Dwain Harris, NAO’s CEO. “Gloria’s experience as an AHEC leader, as well as her expertise in grant acquisition and management, youth outreach, and many other areas, will be critical to keeping us moving forward.”

We’re so proud to have each of these leaders as part of the College of Health community!

The Program AHEC at UAA is an important funder and partner for the SC Alaska AHEC. Federal HRSA funding flows to UAA’s AHEC Program office and is dispersed to the six regional AHEC Centers, including the SC Alaska AHEC at the Alaska Primary Care Association, where we carry out the mission of Area Health Education Centers.

Mariko Selle, MPH is the Director of the SC Alaska AHEC and the Workforce Development Department of the Alaska Primary Care Association.